Item was added into cart.
continue shopping Go to Cart Roll Over Image to Zoom

23A Batteries for Fortress Wireless Accessories

Be the first to review this product | 2 Answered questions

These 12-Volt “23A” batteries are compatible for use with many Fortress wireless accessories, such as the Door / Window Contact Sensors, and others.

£9.99
23A Batteries for Fortress Wireless Accessories Description
These 23A Type batteries are designed for use with Fortress wireless accessories, such as the Contact Sensor for Windows or Doors.
Reviews For This Product
Reviews:
0.0
See All Reviews
5
(0)
4
(0)
3
(0)
2
(0)
1
(0)
We want to hear from you!

Tell us what you think about this item. It helps us get better at what we do, and ultimately provide you with better products.

Write a Review for 23A Batteries for Fortress Wireless Accessories

4.7 Overall Satisfaction Rating Based on 374 Ratings from Actual Customers

See my review on the S03 alarm system I purchased. This is a terrible product. Alarm goes off immed when entering space. Tried setting the delays repeatedly and it says the delay is set, but it's not. Key fobs are ridiculous - Even putting them in a pocket or brushing against them sets off the alarm. Spent 40 minutes with tech support - they thought the base unit was defective and was sending me a new unit - Actually sent me a copy of the manual that I already had. Useless. As for the phone app - tried setting it up on both apple and android both - either won't connect with base or crash immed. Even though reinstalled several times. Very poor product and tech support

Amanda from the Fortress Security store was excellent!!!!

How long do these 23A cells typically last under normal circumstances?

When used with our magnetic door/window contact sensors typically last up to 8-12 months before needing to be replaced. If you are using the sensors in a business or other high traffic area, that could change depending on usage.

How many batteries for 10 bucks. Freight?? 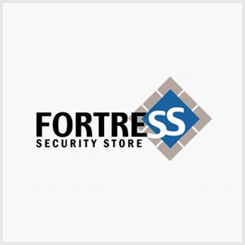